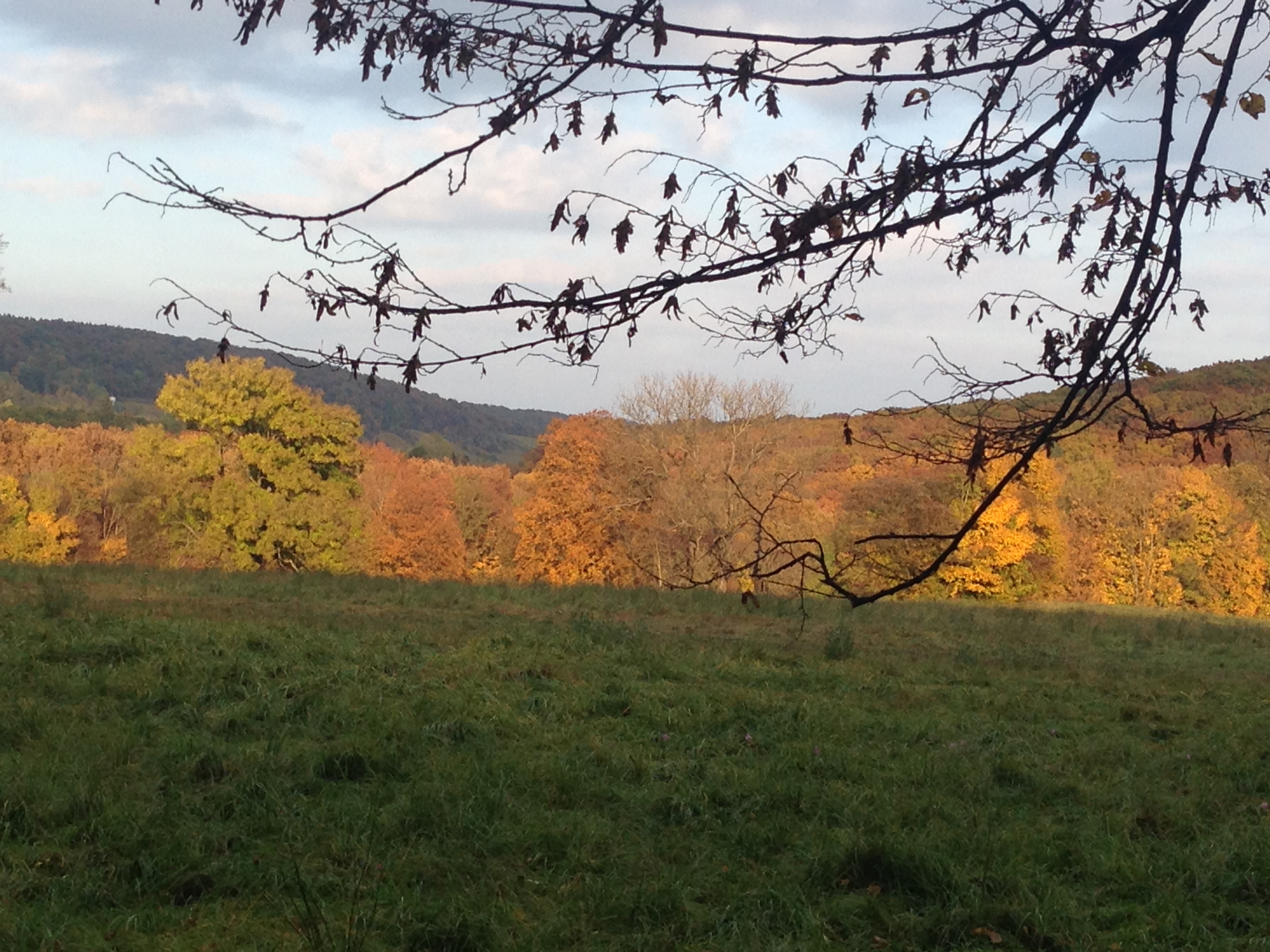 The Catholic church fostered several varieties of social thought in Austria. Chief among those was the Christian Socialism disseminated by Karl Baron von Vogelsang (1818-1890). During the 1880s his writings paved the way for Karl Lueger’s founding of the Christian Socialist Party. A converted Prussian protestant, he came to Vienna to edit the Catholic daily “Vaterland”. He wanted Christian ethics to replace capitalist competition and state socialism and Marxism only added to the evils of capitalism and liberalism in his opinion. In contrast with all these systems, Vogelsang sought not to increase productivity or to expand political rights, but to restore the hierarchical structure of medieval society. Vogelsang desired every business to become an industrial “family”, in which workers and owners would share management, each firm would belong to a branch corporation and each of these to the Industrial Chamber, where workers and owners would legislate economic and social policy for each industry. Artisans would be required to join a guild, which would fix the numbers of masters and apprentices. This medieval institution would shield its members from the dangers of individualism. But this sort of Catholic socialism could not stem the rise of anti-clericalism. In the forefront of anti-clericals, Social Democrats and free-thinkers denounced the control that the church retained over marriage and primary education. Catholics who married outside their faith were faced with so many impediments that in 1914 approximately 1 mill common-law marriages existed in the empire. The church further prohibited divorce and forbade former priests to marry, all of which contributed to the popularity of the “Los-von-Rom” movement. Concerning anti-Semitism the clergy was openly divided. Parish clergy, who were recruited from the lower middle class, often scandalised the episcopacy by openly preaching anti-Semitism. In 1898 the Viennese anti-Semite Georg Ritter von Schönerer (1842-1921) initiated the “Los-von-Rom” movement protesting against the power of the state church and offering a rehearsal for an eventual union of Cisleithania(western part of the empire) and the German Empire. In Austria Christian Socialism somehow blunted the “Los-von-Rom” movement. Although it did not perceptibly weaken the church, Schönerer’s success in branding the Roman Catholic Church an enemy of Germans predisposed some Catholics to accept Hitler’s anti-clericalism.

Papal intervention in Habsburg affairs and encyclicas against socialism widened the gap between the church and the socialists. The Christian Socialism of Vogelsang and Lueger only intensified the struggle, creating by the 1920s an unbridgeable gap between the secular left and the clerical right. Although the church remained a bulwark of Franz Joseph’s regime, hostility to clerical influence crystallised into a major feature of the First Republic after 1918. The Socialist government of Vienna secured the allegiance of the masses by executing secular reforms. The state church proved to be its own worst enemy, once industrialism had eroded the age-old piety of the countryside.

The Social Democratic party of Austria attracted some of the keenest minds to espouse socialism anywhere. After the party had been organised by Victor Adler in 1888, it nurtured a group of young theorists who between 1900 and 1905 began to call themselves Austro-Marxists. Led by Otto Bauer, Karl Renner, and Max Adler, they proposed reforming the empire. Despite the originality of their views, especially as to means of reconciling nationalities and on the need to improve workers’ education, the Austro-Marxists did not receive the attention they deserved. Their intense intellectuality, combined with the eagerness to amend the existing order, provoked enemies on both right and left. They shared with the Austro-Hungarian Empire the proclivity and will to compromise and reconcile the nationalities.

The father of socialism in Austria was Victor Adler (1852-1918). A Prague-born Jew, he was baptised Protestant in 1878 and to the end harboured Jewish self-hatred, despising the majority of Jews as uncouth and dreaming that socialism would accelerate assimilation. Under Adler’s leadership the Social Democratic Workers’ party represented “Sudeten Germans” who had flocked to Vienna and also middle-class Jews who gravitated to the party out of sympathy for workers, whose exclusion from society mirrored their own. They also tended to share Adler’s anti-Semitism. Adler’s achievement was to unite the radical and moderate factions of the Social Democratic party, insisting that unity in tactics takes precedence over doctrine. Under Adler the party fiercely competed with Lueger’s Christian Socialists. Strife came to head in 1913, when Vienna-born Socialist deputy Franz Schuhmeier was assassinated by the brother of the Christian Socialist deputy Leopold Kunschak. His murder so shocked the Viennese that 250,000 mourners joined the cortege for Schuhmeier, more even than had marched after Lueger’s coffin three years before.

A number of foreign socialists were influenced by Austro-Marxism before and after World War I. While living in Vienna from 1911 to 1914 Leon Trotzky met nearly every Saturday evening at the Cafe Central with Karl Renner, Otto Bauer and Max Adler. Josip Broz (later Marshal Tito) worked in a car factory in Wiener Neustadt near Vienna while trying to organise the Communist party in Yugoslavia. In 1923 the Italian Marxist Antonio Gramsci lived in Vienna, where he befriended also Victor Serge. Although Vienna attracted non-German Marxists, for years it repelled the most famous of all Austrian Socialists, Prague-born Karl Kautsky (1854-1938), who deplored the moderation of Victor Adler and of later Austro-Marxists. In fact it was the chief failing of Austrian Socialism under Victor Adler to ignore the misery of the masses. The Socialist party proved loyal to Franz Joseph, they recruited an élite among labour while bypassing the nameless many. In Vienna it was not uncommon for the poor, many of them Czech, to live six or eight persons to a room. Thousands just rented a bed: 2 to 3 persons sharing a bed – sleeping in shifts. They subsisted on bread and coffee made from malt and often succumbed to tuberculosis, “the Viennese disease”. It was in such quarters that cholera broke out during the Vienna World Exposition in 1873. The flophouses and poor houses in Vienna  found too few critics among Social Democratic leaders. The slums of Ottakring and Brigittenau, where working girls sold themselves to the first comer, were not improved until after World War I.

Despite neglect of fundamental reform, Austrian Socialists cultivated an almost religious sense of mission. Younger intellectuals chose to believe that ideas could better society and that the empire could be rebuilt from within. They fostered a sense of brotherhood that the state church could no longer provide. In rivalry with the Christian Socialists, the Social Democrats displayed after 1918 more concern for the welfare of the individuals. By assailing clerical control of schools as well as impediments to divorce, they undertook a wide range of reforms. In 1918 the Social Democrats shared the rule of Austria with the Christian Socialists for 18 months and governed Vienna for the next 16 years. The experience of having been elected to power steered the Austro-Marxists to even more democratic directions.

Otto Bauer (1881-1938), one of the keenest intellects of all Austrian theorists, in a society that produced skilful orators and writers in abundance, Bauer was one of the most talented. Born in Vienna of a Jewish wealthy manufacturing family from Bohemia, he wrote at the age of nine a drama in five acts. In the “National Question and Social Democracy” he showed that within Austro-Hungary what Friedirch Engels had called nations without history represented the proletariat, while the Germans and the Hungarians represented middle-class capitalists. Himself a firm nationalist – in 1918/1919 he advocated a union with Germany as foreign minister – Bauer interpreted Austro-Hungary’s national struggles as disguised class conflicts. He stated that oppression of the Czechs had made fission of the empire inevitable. He insisted that Socialists could win support through progressive legislation. Although many of the laws of 1918/1919 perpetuated wartime measures, they did promote a high level of education so as to train cadres badly needed by industry. An eight-hour workday, paid vacations, public health resorts, resettlement of peasants, and orderly labour negotiations were undeniable achievements. The success of these reforms was overshadowed by bitter polemics between right and left, which prevented the Christian Socialist Seipl and the Social Democrat Bauer from co-operating to protect the state against the extreme right. Unlike Karl Renner, Bauer did not foresee the fascist threat. In February 1934 after heavy fights, especially in Vienna, Dollfuss, the Austrian nationalist chancellor outlawed the Socialist Party and erected an Austro-fascist dictatorship. In 1934 during the civil war and the siege of council housing complexes like the “Karl Marx Hof” many socialists were killed and the party began an underground resistance. The famous English poet Stephen Spender elegized the bombardment of Karl-Marx-Hof in Vienna in 1935.

Like many others Bauer never accommodated himself to the break-up of the Habsburg Empire. He exalted individuality, like other Austro-Marxists. For him class struggle meant, above all, an instrument for liberating individuals so that they could cultivate leisured pursuits once reserved for the wealthy. Bauer ardently believed that socialism must use constitutional means only and by that failed to see the fascist threat. Such naiveté was another legacy of the Habsburg Empire, where tradition had safeguarded dissent. Until 1934 Bauer continued to fight the Catholic church and the aristocracy when he should have resorted to fighting fascism.

Karl Renner (1870-1950), the only Austro-Marxist leader to survive World War II and president of the Second Republic 1945-50, was the 18th child of Catholic peasants in Moravia. He always showed more readiness to co-operate with the bourgeoisie than the more affluent Adler and Bauer. He proposed in “State and Nation” 1899 paths to prevent national conflicts from fragmenting the Socialist Democratic Party in Austro-Hungary. He also put forward a federalist scheme for the whole empire. He called for a division of the empire into national units, each of which would tax its own members in order to administer schools and cultural institutions. Each citizen would choose membership in a nation, reviving the medieval practice whereby a person could elect which law to acknowledge. In mixed areas, national minorities would be protected by an Imperial Parliament, which would retain control over foreign, military and fiscal affairs. German would be a language of convenience, not a language of state. In defending cultural federalism, Renner argued that the nobility favoured historic provinces and the bourgeoisie championed a centralised state in order to better exploit labour, while it was the proletariat that desired national-cultural autonomy. Renner’s willingness to co-operate with the Christian Socialists inspired the moderation of Austria’s Social Democratic party after 1945, making him an early advocate of co-existence between East and West. He embodied the Austrian propensity for moulding opposites into a living whole.