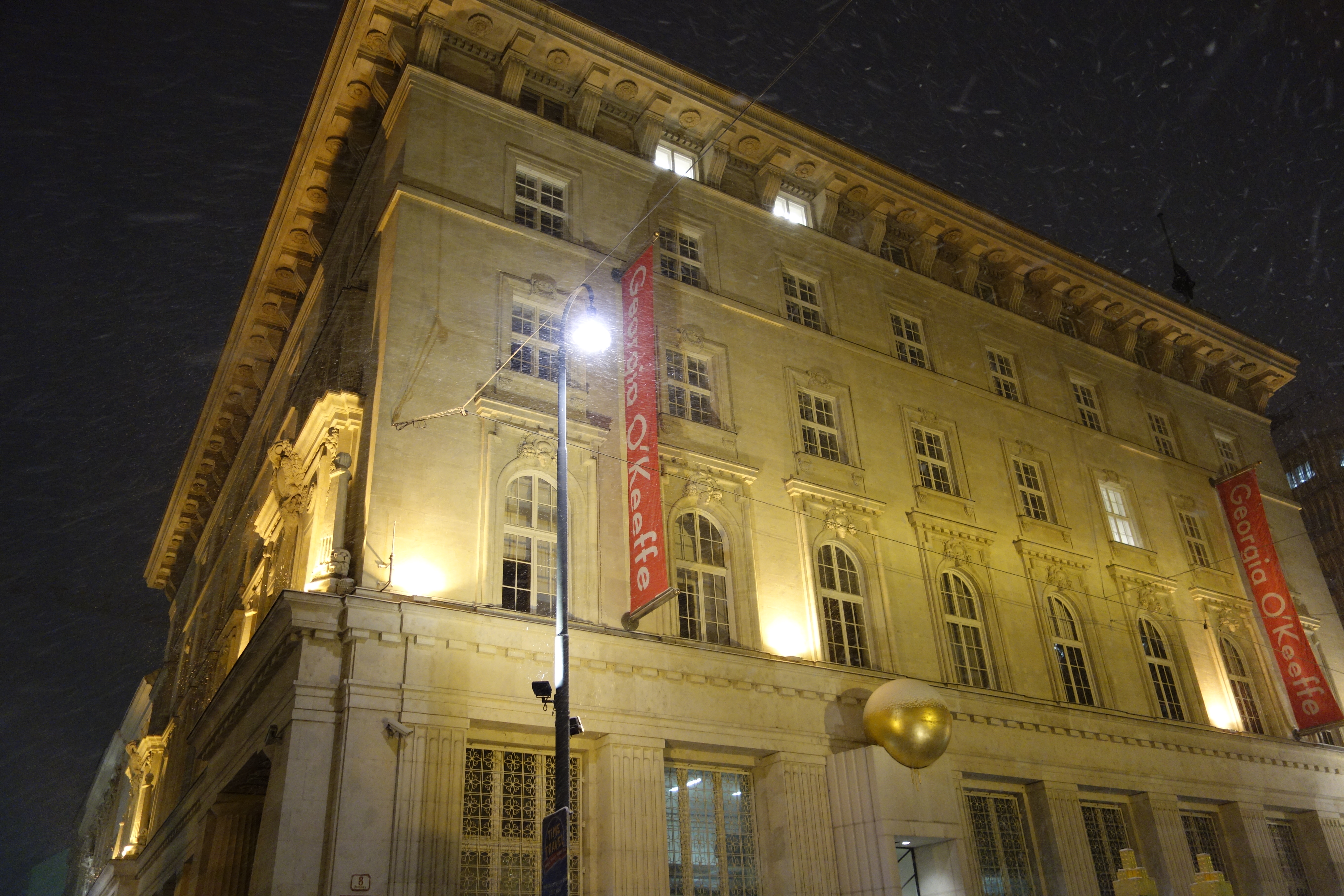 The Credit-Anstalt crisis played a crucial role in the dramatic economic developments of the 1930s in Europe as the collapse of the Credit-Anstalt affected the largest bank of Austria and at that time also the largest bank east of Germany. The collapse of the Credit-Anstalt in Vienna started the spread of the crisis in Europe and forced most countries off the Gold Standard within a few months. A feeling of financial distrust and insecurity spread from Vienna and led to runs on other banks in Hungary, Czechoslovakia, Romania, Poland and Germany. The collapse in May 1931 set off a chain reaction that led from the run on German banks to withdrawals in London and the devaluation of the pound to large-scale withdrawals from New York and another series of bank failures in the United States. So in brief the news of the crisis of the Credit-Anstalt, the most important bank in Central Europe, shook the whole economic structure of Europe and sent shock waves through the rest of the world.

On 8 May 1931 the Credit-Anstalt informed the Austrian government and the national bank that its balance sheet of 1930 showed a loss of AS 140 million, 85 per cent of its equity. By that time the Austrian government had become used to crises, but the shocking announcement was followed by secret top-level meetings to avoid public panic. The Austrian government had witnessed several bank failures since the collapse of the stock exchange boom and the bear speculation against the French franc in 1924. This had started a series of bank failures, eliminating most of the financial institutions that had been established during the stock exchange boom following the end of hyperinflation after the war and the stabilisation of the Austrian shilling. Finally in October 1929, after having absorbed several small-and medium sized banks, the Österreichische Boden-Credit-Anstalt, around 50 per cent of whose shares were in foreign hands, had serious liquidity problems. This bank had extensive industrial holdings and a considerable part of the Austrian industry depended on this bank for day-to-day financing. That’s why liquidation could not be considered, but a strong partner had to be found. As it was the second largest bank in Austria, only the Credit-Anstalt was considered strong enough to absorb it. Within only two days the deal was sealed and a huge bank was created, larger than all other Austrian joint-stock banks together. By May 1931 this big bank was in serious trouble and had to ask the government and the national bank for help. It is still considered one of the biggest bank failures ever.

Despite its laissez-faire economic policies, the Austrian government decided to step in to save the bank. A reconstruction plan, drawn up within three days, arranged for covering of the losses by the Austrian state, the reserves, the shareholders, the Rothschilds, and the national bank. Yet the share capital was to be devalued by only 25 per cent instead of more than 80 per cent, which would have been justified by the volume of the losses, and the state was to contribute AS 100 million. Why did the government try to rescue the bank and become a large shareholder? Credit-Anstalt was not only the largest bank in Austria with a balance sheet in 1930 of the size of the state’s expenditures, it accounted for around 53 per cent of the balance sheet totals of all 25 joint-stock banks. 69 per cent of all Austrian limited liability enterprises did their business with Credit-Anstalt and about 14 per cent were deeply in debt to this bank. But most of all it had an excellent international reputation, especially since a member of the Rothschild family – Louis Rothschild – was its president, and it enjoyed better conditions in the world financial centres than any other bank in Germany, Central or Eastern Europe. Its stocks were quoted on twelve foreign stock exchanges. In 1927 it was the first continental European bank to be introduced on the New York Stock Exchange. More than 50 per cent of its stock was in foreign hands and several well-known foreign bankers and businessmen sat on its board of directors. Its business interests extended into eleven banks and forty industrial enterprises in the states of the former Austro-Hungarian Empire and among its creditors were 130 of the most important foreign banks, mainly in Britain and the USA. So it had first-class financial standing in the world with respect to the number and importance of its foreign relationships.

On 11 May the problems of the bank and the reconstruction plan were published. Foreign reactions were favourable to the reconstruction plan, but the public was not convinced. Not only the Credit-Anstalt, but also other Viennese banks experienced a run on their reserves. These large-scale withdrawals would have rendered the bank illiquid, but the national bank stepped in. As it turned out that the true losses would be much bigger than the reported ones, the withdrawals did not stop. The Austrian government had no funds at its disposal to finance the rescue plan, so it approached first the Bank of England, but was rejected, and then the Bank for International Settlements in Basel to arrange bridge financing. Austrians and foreigners started to convert their shilling holdings into foreign exchange, which lead to large-scale reductions in the reserve holdings of the Austrian National Bank. It was expected that the Austrian authorities would not be able to stick to the Gold Standard. When the loan from Basel finally arrived it was not only too small, but also too late. In less than a week the money was withdrawn by the public. In order to avoid foreign repercussions the Bank of England decided to give an emergency short-term credit to the Austrian National Bank. The 130 foreign creditor banks only agreed to a standstill agreement that provided for the prolongation of the foreign credits for two years if the government guaranteed all foreign liabilities of the bank for those two years. The belief of the Austrian authorities that this generous guarantee would induce foreigners to place additional funds at the disposal of the Credit-Anstalt proved to be wrong. The Austrian state with a budget of around AS 1.8 billion guaranteed AS 1.2 billion of bank liabilities, but the withdrawals continued. As the government was unable to raise any long-term loans abroad, the foreign reserves kept on declining. The Austrian currency became increasingly backed by financial bills of the illiquid Credit-Anstalt instead of gold or foreign exchange reserves. Finally on 9 October 1931, after the national bank had lost around AS 700 million in foreign reserves, the government introduced exchange controls.

In January 1933 a settlement was reached with the foreign creditors and the reconstruction of the Credit-Anstalt could finally be started. The main points of the reconstruction were that the bank’s old capital was reduced from AS 177.5 million to 1 million and the Austrian state became the main shareholder with 51 per cent in exchange for taking on the responsibility for most of the liabilities. The foreign creditors received 49 per cent of the preferred ordinary stock and shares and bonds of a newly created holding company in Monaco, Société Continentale de Géstion, which took over half of the foreign assets of Credit-Anstalt, and a governmental promise to pay annuities in exchange for the AS 210 million in live claims. The losses of Credit-Anstalt were more than AS 1 billion in the end, more than 7 times the originally announced amount. The Austrian state and national bank took over around 70 per cent of the losses. The largest part of the losses was bad debts. In spring 1934 the reorganisation of the Austrian banking system was completed with the fusion of the Credit-Anstalt with the last two remaining large banks Wiener-Bank-Verein and Niederösterreichische Escompte-Gesellschaft. The devaluation of the Austrian shilling by 28 per cent was officially announced.

The crisis of the Credit-Anstalt is an interesting case study of a financial crisis with repercussions going far beyond the borders of a small country. The collapse of this bank opened the acute phase of the depression, which shook the foundations of the world economy. The financial problems of the Credit-Anstalt started the financial crisis in Austria with a run on the banks and a subsequent attack on the Austrian shilling. The initial problem of the bank was insolvency and that led to the problem of illiquidity, as the public revised its expectations concerning the bank and became unwilling to hold its liabilities. The causes that were directly responsible for the failure of the bank were the effects of the business depression and serious management errors and they resulted in the crisis because the bank and the Austrian banking system were fundamentally unstable at that time. The main origins of the instability were the effects of the break-up of the Austro-Hungarian Empire, the following hyperinflation and its consequences, the “Franc Speculation” of 1924, and the maturity mismatch between the bank’s assets and liabilities. The collapse of the Credit-Anstalt was the climax of a difficult development of adjustment in the Austrian banking sector after 1918. The perceived similarities between the Viennese banks caused the public’s large-scale withdrawals from all Viennese financial institutions when the most prestigious and the largest of them experienced financial failure. The depositors as well as the creditors of the Credit-Anstalt had to face the question whether the failure was bank-specific or represented a shift in the risk of the whole banking system in Austria. In reality, the causes were largely bank-specific. The attack on the Austrian currency was a rather rational response to the perceived inconsistencies in economic policy. The domestic credit growth to alleviate the liquidity problems of the Credit-Anstalt was regarded as inconsistent with the adherence to the Gold Standard and therefore the public rushed for the Austrian National Bank’s foreign exchange reserves. It recognised the potential of capital gains in hoarding foreign currency instead of holding Austrian shillings, which were expected to be devalued. The refusal of Austrian authorities to stop these inconsistencies led to a chronic shortage of foreign exchange and reduced allocations of foreign exchange to the emergence of black markets in foreign currencies and finally to exchange controls. This attack on the foreign exchange reserves was caused by the public’s fear that the huge increases in government debt, due to the government guarantees for the liabilities of the Credit-Anstalt, would eventually be monetised because the prospects of alternative methods of financing the debt were not in sight until 1932 when Austria was supplied with a new internationally guaranteed loan in the Lausanne Protocols.

The investigations of the efficiency of the market in predicting the crisis of the Credit-Anstalt and the Austrian shilling were mixed. As the bank had intervened heavily in the market for its stocks, there was no prior warning of the bank’s collapse. On the other hand evidence was found in the bond market that with the announcement of the crisis of the bank the market’s evaluation of the Austrian shilling deteriorated. The crisis and the inefficient handling of it had disastrous effects on the Austrian economy and employment, unemployment rates surpassed 25 per cent, and it deepened and lengthened the depression. The money supply shock exerted a strong downward pressure and resulted in rates of economic decline of more than 20 per cent. The crisis in Vienna had serious consequences for the rest of Europe, especially on Germany, Hungary and the other countries and Central and Eastern Europe. But the shock waves were also felt in Paris, London and New York. Yet soon after the crisis in Austria, the problems in Germany caught the attention of the public and the Austrian problems were of secondary importance. Yet the dramatic slumps in Germany and Great Britain would have occurred anyway, irrespective of the break-down of the Credit-Anstalt.