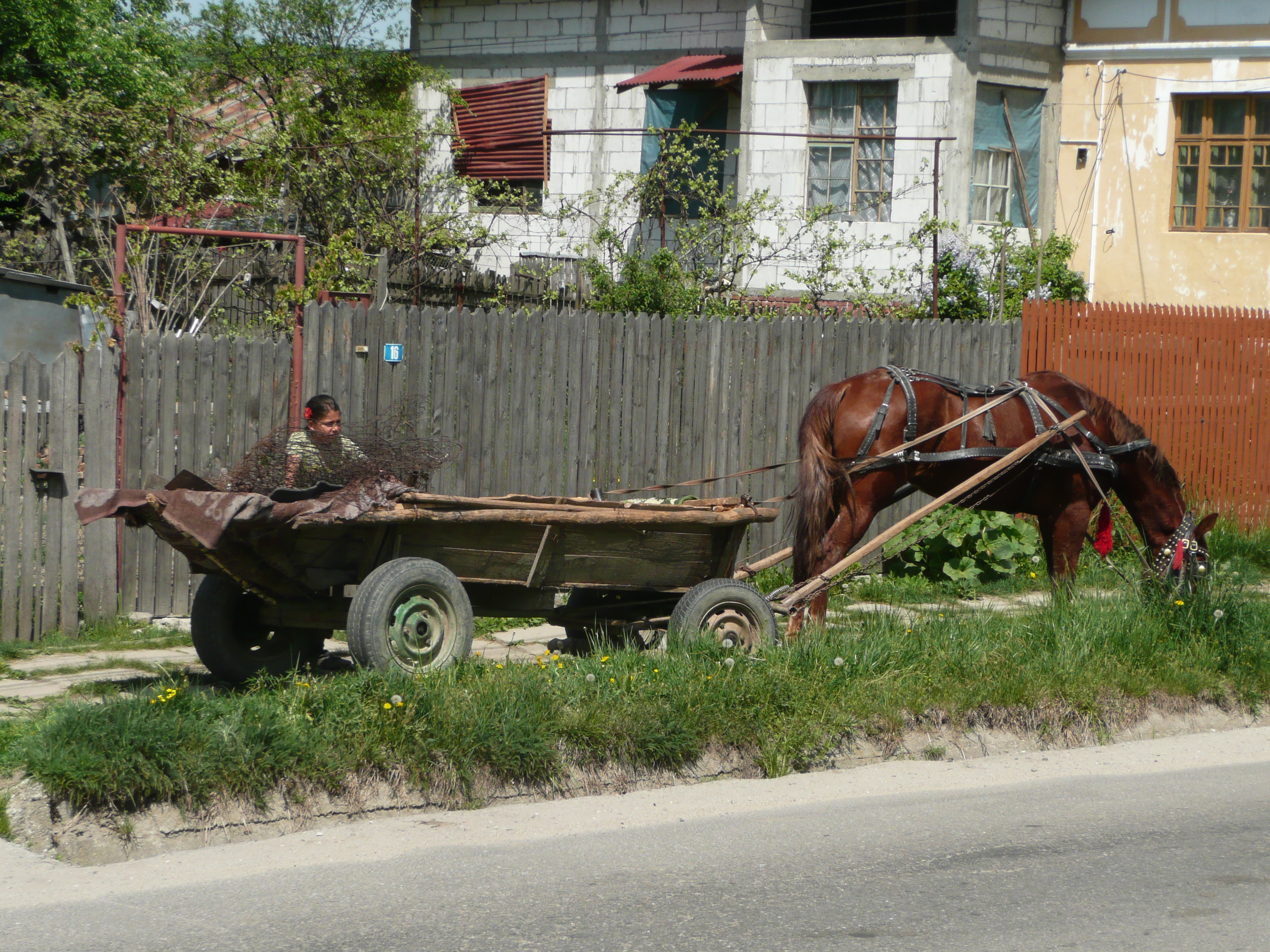 The unfortunate failure of social inclusion of the Roma in the Danube region is a direct result of measures taken to address their exclusion. The last decades prove that member states as well as the EU institutions seem to be unwilling and sometimes incapable of designing or implementing measures to bring about change to the increasing alienation and exclusion of Roma citizens. So far the focus has been on “Fixing the Roma problem” through disjointed, small and unsustainable projects. The failure to acknowledge and address anti-Gypsyism, grassroots empowerment and the inability to stimulate active citizenship of both Roma and non-Roma citizens are the main reasons for the current unsatisfactory situation. Awareness of the problem is the first step in addressing it effectively. European societies regard the life style of Roma as a deviation from the established and expected social norms of those living in Europe. The integrated Roma remain invisible and are either perceived as non-Roma or pretend to be non-Roma. Racism against Roma is not a deviation in Europe, but is rather the accepted normality. In that way the rights and responsibilities of citizens in an increasingly multi-ethnic and multicultural Europe remain biased or are at the very best ambiguous. In most countries the policy target is to somehow “fix the Roma” or get rid of them. The heterogeneity and the lack of experience in dealing with elections or advancing their interests in the newly created national democracies in CEE after 1989 make Roma almost irrelevant in elections. Infighting, incompetency and corruption of their representatives are some other serious reasons for the present abysmal situation. In 2005 the European Commission evaluated the Roma projects and found that overall the activities were piecemeal and relied on long-established practices such as vocational education and training, supported short-term employment and public work projects with little attempt to ensure that the methodologies meet the needs of the target group. These practices have led to an almost complete “ghettoization” of the work on Roma issues outside governments, as inclusion efforts have been handed over to small Roma NGOs, which resulted in very limited or not sustainable achievements. Unfortunately there were several cases reported where Roma NGOs abused funds and significant tensions have emerged in CEE countries between Roma NGO elites who are paid very well and the targeted communities of which most live in abject poverty.

Another major cause of the failure in improving the Roma situation is the weak academic interest for the subject area and therefore the lack of data and comprehensive research. Here the University of Graz has made a huge effort in recent years with the EU-supported Romani Project. Many interventions and strategies are not evidence-based. This contributes significantly to the perpetuation of existing prejudices. For example, according to a survey in Romania only 4% of Roma drop out of school because of early marriages, although this is still considered the most important cause of school drop-out rates of Roma in Romania. In most projects the focus is on pre-school and primary education at the moment, which is extremely important, but an improvement of the economic situation of the families is also necessary to guarantee a qualitatively high and inclusive education.

Often there is a tendency to address the problems that Roma face as security rather than human rights and social inclusion issues. Policy makers do not only need statistical data, but key qualitative contextual information to enable them to design tailor-made responses to particular local needs. Such contextual information would enhance understanding of the variety of Roma communities and would allow the collection of experiences, views and opinions in local communities with Roma and non-Roma. Such engagement building on the feedback provided by local populations could significantly contribute to improving social inclusion: accepting Roma as neighbours, teaching Roma children in desegregated local schools, employing Roma and providing Roma with services on an equal footing and in a respectful manner. For the success of such social inclusion the attitudes and the behaviour of non-Roma are a decisive factor.

This failure of integration attempts has alienated many Roma and they consequently no longer seek to participate in politics or civic life at any level, persuaded that this is a losing proposition. But the impact of the Roma’s disaffection will have serious consequences. Countries with large Roma populations, especially in the Danube basin, might face social instability and enormous economic costs as these impoverished communities grow larger and more distant from the state apparatus. The expulsion of Bulgarian and Romanian Roma by France in 2010 proved that even established democracies in Western Europe are ill-prepared to cope with this growing population that is living not as part of the state but parallel to it. Despite myriad limited and unconnected assistance strategies to improve their legal and material conditions, little effort has been made to position Roma to help their own cause through political participation and organise their communities to gain effective political representation and hold governments accountable. Civil society is a vehicle, like political parties, through which Roma can aggregate their interests, voice their preferences and exercise power to effect change. This must include involving a broader section of Roma citizens more directly.

To find out what prevents Roma from actively participating in political and civic life, Romania was selected as a sample based on the size and diversity of its Roma population and the significant funding and effort that has been made to remedy the problem. Setting aside barriers linked to extreme poverty, such as illiteracy, poor infrastructure and lack of resources, the legal, structural and social barriers were investigated. Following centuries of isolation and persecution and in the light of a hierarchical clan-based tradition the NDI (National Democratic Institute for International Affairs in Washington DC) found virtually no informal or spontaneous local organising among Roma to address community needs. National and international NGOs that attempt to represent Roma and their issues are often disconnected from local Romani communities. Most of these NGOs are not membership-driven, nor do they enjoy widespread support among Roma themselves. As a result, Roma NGOs typically lack clearly identifiable supporters, a deficit that deprives them of political credibility and the ability to influence policy decisions. Furthermore, Roma NGOs generally lack a strong funding base, making them vulnerable to collapse or compromise. Thus, many Roma NGOs, especially in CEE where traditions of philanthropy and volunteerism are still weak, find themselves held accountable to their donors rather than to Roma communities.

As with civil societies, Roma citizens are almost entirely disconnected from political parties. Widespread mistrust of political parties, which cuts across all ethnic lines, is amplified among Roma, particularly in segregated communities. One cause is the lack of meaningful outreach to Roma by political parties of all ethnic backgrounds. Political parties as such, regardless of ideology and ethnicity, are not strong Roma advocates. Allegations of vote-buying, electoral fraud, intimidation and other irregularities are widespread in Roma communities. These offences are perpetrated by both mainstream and ethnically-based Roma parties. Roma communities, and particularly their leaders, are complicit in these transactions. Financial destitution is a motivator, but political exclusion contributes to the choice by many Roma of short-term economic gain over long-term representation, since they have little faith in the system. That’s why Roma communities at grassroots are disconnected from political elites, both their own and those of the majority population. Roma citizens lack the incentive to seek political solutions to their problems and if they are able to access power structures, they are often not listened to, neither by their own leaders, nor by the leaders of the majority population.

Roma communities need to elect officials who will genuinely represent their interests and whom they can hold accountable, so that their concerns can be presented in parliaments by those who represent them. Very few Roma NGOs carry significant membership base with genuine electoral influence. In contrast, the “bulibasha”, the traditional Roma clan leader, can deliver an entire neighbourhood’s vote on election day, making him the local power broker, often to the detriment of the community. Roma voters will continue to be pushed aside if they allow their votes to be brokered and bought rather than earned by those who are committed to better education, healthcare and jobs. In fact illegal vote-buying among impoverished Roma flourishes and by that distorts their political voice.

FRA Report, The Situation of Roma EU Citizens Moving to And Settling in Other EU Member States, 2009