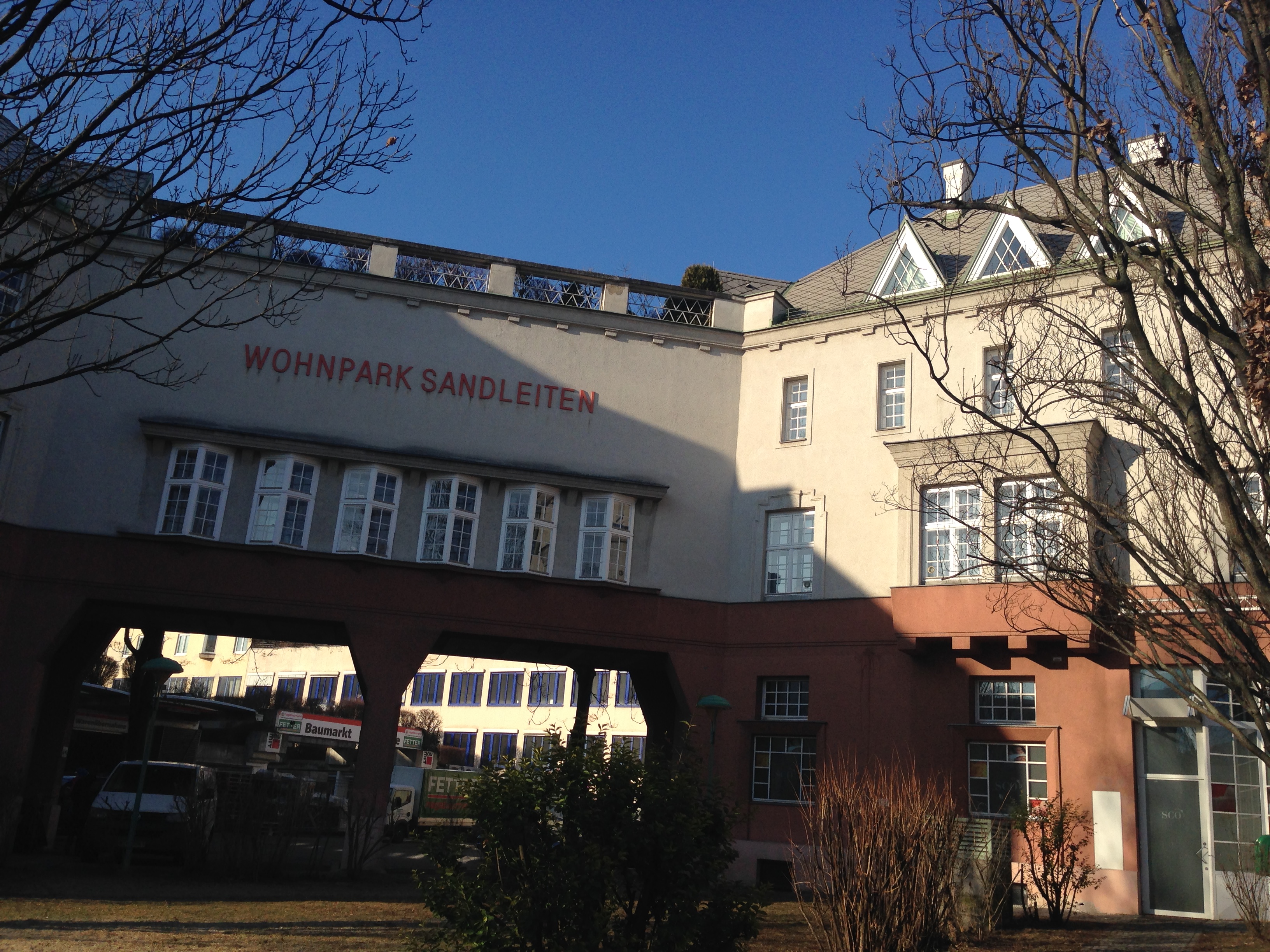 For the Christian Socialists Catholicism remained the central value, whereas the focus of the Social Democrats was on a welfare system that cared for the individual from the “cradle to the grave”. By establishing numerous clubs, societies and associations they tried to build a “counter-culture” to the traditional conservative Catholic Austrian culture. The centre of this huge reform project was “Red Vienna”, which was an independent federal state since 1921 and ruled by Social Democrats. There they could realise all their ideas for a new society. The new council houses were not only symbols of a new and better life style for the working classes but also architectural landmarks. They represented the centres of this counter-culture and harboured also offices of the various clubs and party organisations. By the conservatives they were viewed as the fortresses of the left.

The expenditure for the housing project accounted for 28 % of the city’s budget in the years of the most intensive construction activities 1923 to 1933. After the war any private construction of housing had ceased, so the municipality of Vienna had to face a new challenge to battle the urgent need for housing. The municipality of Vienna itself started an extensive construction programme for affordable housing. After the early provisional public construction programmes, the City Council passed the first complex and systematic building project for 25 000 council house flats and in 1927 a second one for further 30 000 flats. So since 1923 a huge social building project financed partly by the House Building Tax, which was levied on the property of private landlords, was carried out. The lack of affordable housing after the war and the increasing trend towards core families underlined the urgency of that programme. Special modern features characterised the legendary “Viennese Gemeindebau”. The City invested a lot of capital in the construction of social housing and consciously renounced the right to claim interest on the invested capital in order to keep rents low – 3-5 % of the average income. Urban planning centred on the issue of increasing the density of population in the urban area of Vienna by building council houses where gaps could be found within the city and by building “super-blocks” on the outskirts of the city with up to 1,576 flats, for example the housing complex Sandleitengasse in the 16th district. The first building programme still included the idea of a “garden city” with one third terraced houses. This concept was later abandoned in favour of blocks of flats in 1924/25. One innovative aspect was the standardisation of the social housing projects. The Viennese Social Democrats created a model of council housing architecture that was admired elsewhere. The maximum construction area was 50 % of the property; the rest was used in the form of courts for playgrounds, green areas and recreational facilities. Three types of flats were built with standardised sizes and floor plans between 38 and 48 m², water, toilets and gas stoves inside the flats. This was revolutionary for working class people’s flats in Vienna; even the amount of daylight in the flats was guaranteed by a standard. On the ground floors and in the cellars of the big courts there were baths for the residents as in Karl Marx Hof. The applicants for those flats were classified into three categories according to urgency with the help of a points system incorporating social, family and legal position. These council house estates included shops, kindergartens, libraries and reading rooms, community centres, cinemas, swimming pools and laundries. Between 1923 and 1933 65,000 new flats were built, which also resulted in a reduction of the unemployment rate in Vienna because the focus was on high quality of construction which meant that much was done by hand. Despite this extensive construction the majority of workers still had to live in desolate private lodgings. But Tenant Protection constituted one of the biggest achievements of the Social Democrats in Austria, because the benefits of this law also won the support of the conservatives. The Law of 1922 fixed the highest level of rent. Under the threat of a coup d’état of the radical right-wing military forces of the “Heimwehr” the Social Democrats had to agree to a reform of the Tenant Protection which was beneficial to landlords and resulted in an increase of rents by 82 % within two years and the regulations concerning protection against eviction were loosened. In 1933 200,000 Viennese lived in 53,667 council flats and 5,257 terraced council houses. The most famous of the terraced council houses was the “Werkbund Siedlung” in the 13th district, designed by famous architects like J. Frank, G. Rietveld and A. Loos, which was opened in 1932.

The motive for this world-wide unique communal programme had its roots in the “Gründerzeit” before 1900 when Vienna underwent dramatic economic, social and population changes that resulted in homelessness, renting of beds and the spread of illnesses. Already Victor Adler, the founder of the Austrian Social Democratic Party was a doctor for the poor and he stated that “Socialism was just applied hygiene”. In a similar way the enterprise of “Red Vienna” can be seen as a “civilisation” and education of the lowest classes. A network was established from family planning to standardised floor plans of council house flats to an educational and sports network in order to promote a new lifestyle based on scientific findings. Similar to Henry Ford’s management policy for his enterprise, “Red Vienna” comprehensively planned the workings of the city: a complex infrastructure at a standardised tariff, based on stable economic growth, a core family structure, a steady demand for mass- produced goods. Because of the economic crises in the late 1920s and early 1930s the programme could not be fully realised. The city councillor responsible for finance, Hugo Breitner, introduced new “luxury” taxes on “upper-class” cultural events and entertainment and consumption there, on horses and dogs and on servants for private households to finance the programme. These taxes accounted for 12 % of the city’s revenue in good financial years and all of them were social and progressive and were mostly levied on the well-to-do.