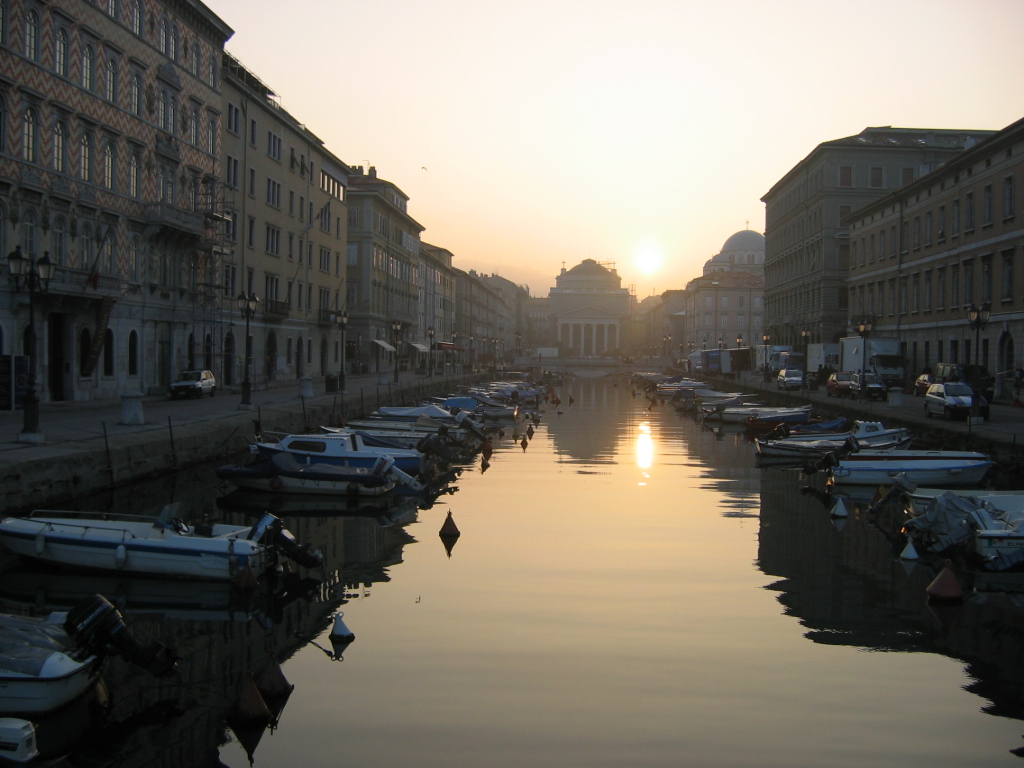 Close ties of banks with the industry of the Austro-Hungarian Empire can be identified, yet a leading role of banks in the industrialisation process cannot be seen. On the contrary, Austrian banks were for years averse to industrial promotion in the 19th century. The caution which pervaded the banking circles in Austria and the Czech Lands was evident in the general lack of risk capital, and in the preference for participating in or granting extended credit to only the booming enterprises. The caution and the lack of entrepreneurial spirit of the banks can be seen from the fact that in the periods of economic expansion the banks lagged behind with their investments. So industrial development was not triggered by investments of banks, but was preceded by private investment or an expansion of government programmes such as railroads. This was not only true for Austrian and Czech, but also for Hungarian banks. Yet despite the fact that economic development was not bank-led in the Austro-Hungarian Monarchy, the banks did fulfil the important role of providing financial intermediation services. The widespread development of banking services, such as credit on current account, open book advances, and discount of bills, were the main contribution of banks to industrial development. They were very efficient in mobilising capital.

Here the parallels with the role of banks in the transformation processes of the CEE countries after 1989 are obvious. Also here we can find caution by banks to support new enterprises, and the overall volume of credit extended to businesses remained small, relative to their deposits. In general the CEE banks mobilised savings in excess of what they were willing to lend to domestic borrowers. The surplus was invested abroad. So in fact, the CEE banking sector was a net exporter of capital in a group of capital-importing countries.

Both periods of economic transformation in Central, Eastern and South-Eastern Europe in the 19th and in the 20th century were characterised by the development of bank-based financial systems versus capital market-based financial systems. It is generally agreed that market-based systems become a feature of economies when they have reached the stage of a well-developed financial system. For economies at an earlier stage of development, and also for planned economies that are being transformed into market-based economies, banks play the major role in financial intermediation. This was clearly the pattern in the transition economies in CEE countries, despite their attempts to introduce securities markets early on during the transition process. They were expected to play an important role in mass privatisation processes, but these attempts turned out to be premature and the stock markets remained largely illiquid.

The reasons for the early reliance on banks could be the situation, when accounting rules and regulatory and contractual enforcement institutions were weak, banks were better placed to protect creditors’ rights. Small investors were deterred from investing in the stock market for fear of being exploited by unscrupulous stock market manipulators and insider traders. On the corporate side, on the other hand, most firms were too small and risky at early stages of development to be able to issue shares or bonds on an organised exchange at a competitive cost of capital. Furthermore stock markets tend to develop when there is a culture of equity investment and private pension plans. And finally, stock markets require well-trained professionals, market makers, traders, fund managers and financial regulators, but none of those were present at the beginning of the transformation process.

From the experience of CEE countries, it became clear that the development of financial systems was closely related to the conditions of the banking system. Banks were at the heart of problematic features of channelling finance in the early phases of transition, they were at the centre of failures to resolve corporate governance problems, which ended in banking crises. Yet later they were central to an overhaul of the financial system in the following years, when banks were restructured and consolidated. Then, in the late 1990s, strong international financial actors in the form of foreign banks emerged as dominant players in most of the CEE countries. So in the 1990s the link between bank-based development and economic growth was weak. The monetary, fiscal and regulatory environment under which financial institutions and markets had to operate was more important in facilitating both financial and economic development. Since the beginning of the 21st century the financial architecture in the area had converged towards a bank-based system. This is also true for South-Eastern Europe, where transition and economic development had been lagging behind due to the Balkans wars of the 1990s. This trend towards a bank-based system happened despite early stock market experiments in some countries and despite differences in transition paths of the different economies, such as differences in privatisation methods, differences in timing and resolutions of banking crises and differences in the regulatory environment. Even substantial differences in allowing foreign banks to enter the domestic market, such as between Slovenia and the other CEE countries, did not lead to a deviation of the general pattern of the establishment of bank-based financial systems in these transition economies. Nonetheless, stock markets did not really gain in importance as the new EU members were fully integrated into the financial markets of the European Union and as some of them entered the European Monetary System.

Austrian financial and industrial life throughout the Austro-Hungarian economy was characterised by a relatively slow development of limited liability forms of business organisation, a strong bias against industrial securities, a generally cautious attitude towards risk capital on the part of the banks, and an increasing cartelisation of banks and industry. The banks played an important role in business consolidations, mergers and the creation of cartels. The focus on large enterprises and cartels led to a neglect of new and smaller businesses. After 1989 the development of the role of banks in the transformation process in Central, Eastern and South-Eastern Europe can be divided into four stages. First, the banks maintained links with the large state-owned enterprises and got involved in bad debt. Second, banking crises and bank consolidations took place. Third, the banks started their restructuring process and foreign banks penetrated the market. And finally, the countries became members of the European Union or candidates for membership and prospective European Monetary Union members.

The move from a mono-bank system to a two-tier banking system with a separation of a Central Bank from the commercial banking system was the first step the former communist countries took. Hungary had already started that transformation earlier. The creation of a market-oriented banking system, however, began with serious problems. First, there were substantial amounts of bad loans inherited from the communist era and the result of a deep recession at the beginning of the transformation process was the accumulation of a substantial amount of new non-performing loans. Banks continued to lend to the same customers. The privatisation processes started slowly and left the bulk of the state-owned enterprises untouched. To avoid defaults and due to existing network relationships, the banks, which were still owned by the state, kept rolling over the debt with existing customers. When economic policies were tightened in order to achieve increased monetary stability and to enforce hard budgets constraints on enterprises and banks, this policy back-fired by creating huge additional inter-enterprise arrears and a major credit crunch on businesses. Due to a lack of skills in the banking sector, a lack of proper bankruptcy procedures and weak banking sector regulation and supervision, the banks just muddled on without performing their role of efficient financial intermediator. This first stage was characterised by a mounting volume of bad debt, weak banks and a lack of corporate restructuring.

The second stage saw the strongest differentiation across the CEE countries. The corporate governance problems in the industrial and the finance sector led to a halt in the transformation process and therefore had to be solved. Various privatisation methods were tried in different countries: Hungary and Poland attempted sales to strategic investors, the Czech Republic tried voucher privatisation, Slovakia insider privatisation, Slovenia slowed down the privatisation process. There was a succession of secondary transformational crises starting with Hungary in the mid-1990s. The situation in the financial system was strongly affected by mistakes made in macro-economic policies, such as attempting a premature hard currency policy. The CEE countries had to move towards a major bank consolidation to solve the huge bad loan problem and to re-capitalise the banks. Also here a diverse number of methods was adopted, namely how much of the bad debt was written off and who was put in charge of the restructuring of the enterprises.

Following the state-supported bank consolidation processes, most countries moved in the third stage towards a rapid privatisation of banks to strategic investors, which in most cases meant foreign banks. Slovenia remained an exception until the early years of the 21st century. By the year 2000, the market shares, measured in total asset holdings, of foreign banks were larger than 60 per cent in all candidate countries for EU membership in 2004, except Slovenia. However, problems of financial intermediation persisted. This can be seen in relatively low ratios of domestic bank claims in GDP, which were less than 40 per cent in the 10 accession countries compared to more than 120 per cent in the euro-zone. Lending to the corporate sector was still very low as investments were mostly financed from retained earnings or through foreign direct investments. There were great difficulties for new start-ups and small and medium-sized businesses to get access to funds. Foreign banks in their lending operations restricted themselves to the top-tier customers. The high real-interest rates at home led to a strong incentive to borrow from abroad. But at the time of joining the European Union in 2004 the financial systems in the more advanced transition countries had converged. The financial systems shared three key features: First, the financial sector of the successful transition countries was strongly dominated by banks, which lent primarily to governments and other financial institutions. Banks provided some working capital finance to the corporate sector, but had so far played a limited role in financing investments.  Investment finance came almost exclusively from retained earnings, and most external finance came through foreign direct investment. Second, ownership structures in individual firms and banks were concentrated, and turnover of shares was low. The best firms showed little interest in listing on local exchanges and preferred international stock markets in Europe and the United States. Third, bank spreads- the difference between lending and borrowing rates – had declined significantly in level and volatility. Nevertheless, they remained high by the standards of developed market economies.

With the EU membership in the fourth stage a further strengthening of the regulatory framework was taking place and a further opening up of the financial markets. The conditions of EMU membership required fiscal consolidation along the lines of the Maastricht criteria and the Growth and Stability Pact. This speeded up the full integration into European financial markets and this led to a diversification of financial instruments on offer and an improved financial intermediation role. Once the CEE countries’ economies were fully integrated into the financial markets and into the monetary system of Western Europe, a more prominent role for capital market-based instruments and institutions was envisaged. The financial crisis of 2008 put an end to these expectations.