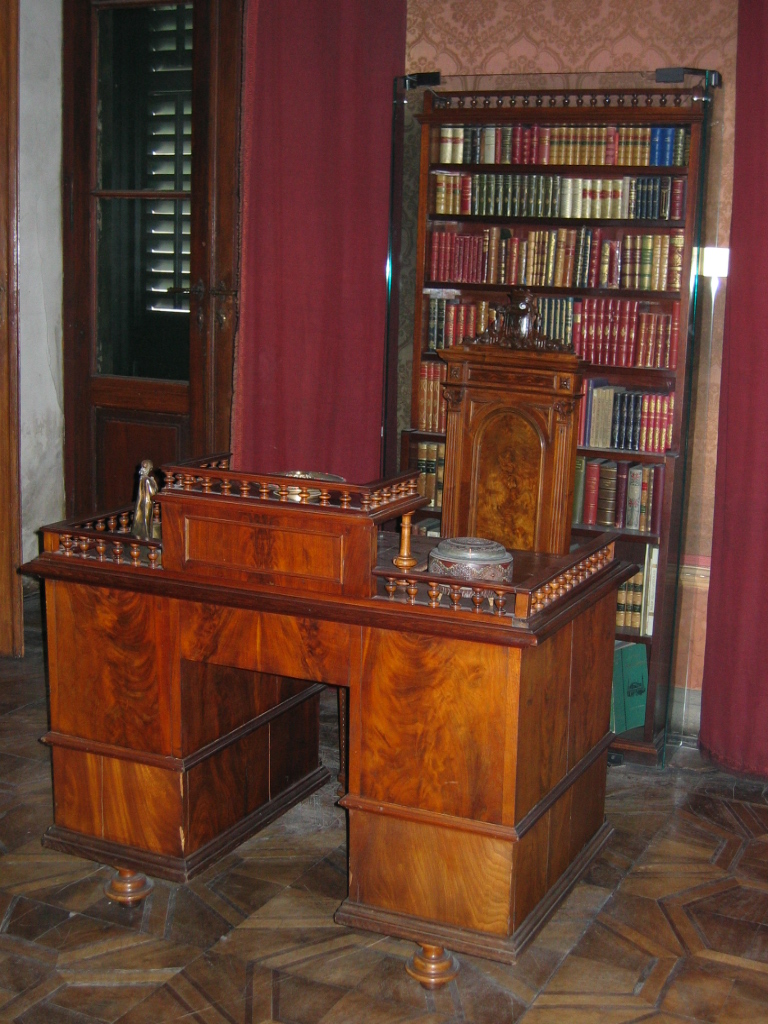 Any study of intellectual life in the Habsburg Empire must single out the Jews for special attention. No other ethnic group produced so many thinkers of transcendent originality, i.e. theorists like Freud, Husserl, Kelsen, Wittgenstein, Mahler, authors like Schnitzler, Kraus, Broch, Roth. In addition to these creative geniuses, a disproportionate number of productive thinkers in every field were Jewish. In some fields like psychoanalysis and Austro-Marxism, Jews constituted an overwhelming preponderance. The Jewish middle class provided a unique forum for discussion and dissemination of new ideas. Newspapers like the “Neue Freie Presse” and “Wiener Tagblatt”, Karl Kraus’ journal “Die Fackel” were mainly Jewish.

This pre-eminence had its roots in tribal tradition and gentile rejection. Owing to their tribal religion, Jews have maintained an archaic kind of unity that can survive the process of assimilation. For most assimilated Jews to identify with German-speaking culture meant to abandon religious practice, although anti-Semites would not allow even non-professing Jews to forget their origin. Bound together in a “community of fate”, both believers and nonbelievers have preserved Judaic traits. The training in Hebrew and the Talmud of most boys until 1880 improved the capacity for memorisation and sharpened dialectical skills. The supreme Jewish value is reverence for life which underlies the whole Jewish law, such as Kosher food regulations. For a Jew whatever enhances life is just, what curtails it is unjust. Jewish skills in language helped to assuage humiliations inflicted upon them by gentiles. Wounded self-esteem could be compensated by double-edged jokes that ridicule the tormentor as well as the tormented. This immersion in language may have stimulated philosophers like Wittgenstein and also Freud. Many Jewish thinkers were motivated by feelings of insecurity. It was a commonplace that Jews excelled at university because their families exhorted them to study harder in order to overcome prejudice. In Austria, as in Germany, industrialisation began only after Jews had gained emancipation in 1848 contrary to England or France. Where Jews entered capitalist competition at the same time as everyone else, they became the most conspicuous nouveaux riches, fostering envy and frustration among the gentile lower middle classes. However much Jews may have contributed to Austrian economy and culture, their entry into industrialising society was but one of many encounters that Austro-Hungary fostered. What distinguished the Jews from other minorities was that like the Germans, they constituted a ubiquitous element, dispersed throughout the empire. Jews were cosmopolitan like the Germans and possessing kinsmen outside Austro-Hungary who made them feel they were members of a larger community. If we ask why the Jews of Austro-Hungary should have been more persistently innovative than those of Germany or France, the answer lies in the Danube region’s population of rural Jews. In Germany or France all Jews inhabited urban ghettos and had lost touch with mysticism and the soil. In Austro-Hungary rural Jews entered directly into urban life, further enriching an already heady mixture of ethnicities.

After 1850 the Habsburg Empire boasted an excellent system of schools and universities. Elementary schools, taught mostly by priests, prepared Christians and Jews alike to enter either Gymnasium or Oberrealschule, i.e. types of grammar school. Gymnasium led in turn to the examination known as Matura, which entitled its recipient to enter any university in Germany or Austro-Hungary. The empire ran full-fledged universities in Vienna, Graz, Innsbruck, Prague, Krakow, Lemberg/Lviv, Budapest, Klausenburg and Agram/Zagreb. There were engineering colleges at Vienna, Prague, Brno, Budapest and other cities and several speciality schools and teacher training colleges. During the 1850s the educational system was reformed according to French and German models. The first grammar school to be reformed was the Akademisches Gymnasium in Vienna attended by among others Breuer, Schnitzler, Hoffmannsthal, Kelsen. As late as 1914 the curriculum at grammar school required 8 years of Latin, studied between 6 and 8 hours per week, as well as 5 or 6 years of ancient Greek 5 hours per week. Reforms had diminished systematic memorisation, but up to 1918 and even later pupils learned long passages by heart. This exercise implanted a remarkable knowledge of ancient literature and mythology in the minds of Freud, Kraus and other Jewish intellectuals. Political speeches and university lectures abounded in allusions to Greek and Roman authors. Veneration of tradition was reinforced by Catholic priests who continued to teach primary school until after 1918. Piarist fathers, members of a teaching order established in 1597, shared the openness of Austrian Josephinism, teaching Jews without any effort to convert them. Piarist elementary schools were preferred by Jews because of the excellence of their instruction and many Jews like Freud or Schnitzler regarded their priest-teachers as father figures. During the liberal era, Jews at grammar school were accorded instruction in their own religion. Although Jews were allowed to teach, they could not become principal of a school because the principal had to have the same religion as the majority of students. Discipline at grammar school was stern and fear of failure keen. Although grammar school benefited those who survived it, after 1880 it no longer fully suited the needs of the empire. Neither English nor French, nor any of the Empire’s languages was commonly taught there. Especially in the Hungarian part of the empire, grammar school demanded mastery of Magyar, although only the ruling minority spoke it, so by 1918 Slovakia and Transsylvania lacked any significant indigenous middle class apart from Germans or Hungarians. Once a student had entered university, he became a privileged personage, entitled after 1870 to reduced military service and welcome to compete for higher positions in the state service. University professors were themselves bureaucrats, personal servants of the emperor who could veto any appointment. For conscientious students the schedule at the University of Vienna imposed hardship. Around 1900 lectures began regularly at 7.00 am, there was one even at 6.15, continuing until 8.00 pm. Penniless students, who had to work for a living, put in a gruelling day and were in effect excluded from student clubs. Except in medicine and economics, Vienna attracted relatively few foreign students. Women gained entry to the Philosophical faculty in Vienna only in 1897 and three years later to the Medical Faculty when the emperor decreed against the opposition of the entire university that the Muslim women of Bosnia deserved female physicians.

Students staged increasingly violent demonstrations as in 1897 and 1905, when anti-Semitic students rioted in front of the university in an effort to bar Jewish students. Student politics centred in clubs or Burschenschaften, which after 1870 practised duelling with swords, especially German-National sympathisers, who saw this as a token of sympathy for the German Empire. Because by 1910 the University of Vienna admitted only 6 000 students, half of them in law, educators took the initiative to organise adult education. Ludo Hartmann, a non-professing Jew, helped in 1900 to found the Vienna Volksheim, which offered evening courses for working men. During the same year the Jewish journalist Moritz Szeps began to publish a weekly journal “Wissen für Alle”, which digested contemporary knowledge for working people. In 1897 the Urania was founded in Vienna as a centre for adult education. These institutions, which after 1918 were administered by the Socialist city council, made Vienna a leader in educating the masses.

Although universities expended every effort to promote research, the Habsburg Empire enjoyed an enviable record of ignoring gifted inventors: Josef Ressel – screw propeller, Josef Madersperger – sewing machine, Gregor Mendel – botany – Siegfried Marcus – internal combustion engine, Wilhelm Kress – first engine-powered aircraft. Despite bureaucratic inertia, after 1850 the empire excelled at producing new ideas, no less in technology and medicine than in the humanities and social theory, e.g. such pioneers of new world views as Ernst Mach, Edmund Husserl, Sigmund Freud, Otto Neurath, Ludwig Wittgenstein. They profited from training in ancient classics, from drill in oral delivery and from confronting past achievements. Through teachers as diverse as priest and Jew, young men acquired an intellectual apparatus that enabled the gifted to interpret their crazy-quilt environment. Precisely because it transmitted traditional skills, Austrian education equipped its alumni to supplant what they had inherited.